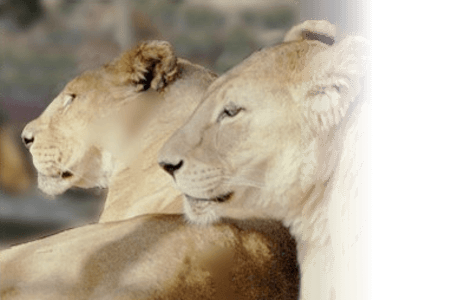 In 1986, we saw an ad in the popular Recycler that read "Idaho Cougar, 6 weeks, male, $600." It hit us hard. We couldn't believe they could sell cougars in the newspaper just like they sell used cars. From our experience breeding dogs, we were familiar with puppy mills and knew about the horrible conditions of abused and abandoned animals. It was shocking to find that someone could buy and sell exotic animals with no thought of its welfare or long-term needs. It showed us that the same deplorable situation that exists with the commercialization of dog breeding was happening to exotic animals as well. We couldn't have imagined where this was going to take us. 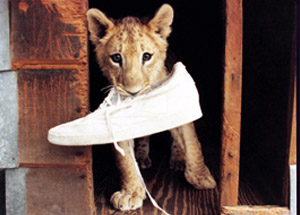 We were lucky to have a friend with a zookeeper's license, a large piece of land and a safe, sturdy enclosure. So off we went to pick up the baby cougar, whom we named Babu.

Babu's situation, we found out, was typical of most exotic cat rescues. Babu was bred by a commercial breeder of exotic cats, brought across the California state line and sold as a pet to a "well-meaning" father for his kids. By the time the cat was six weeks old, the "cute kitty" was the size of a large domestic cat with bigger claws and teeth. The kitty wanted to play cat games like "pounce on the unaware" and "grab at anything moving." With razor-sharp teeth and claws, he was capable of drawing blood quite easily. The father in this story quickly recognized he could not keep the cat and so Babu found his way to Animazonia.

By 1987, within a year of getting Babu, we received our own USDA permit and Department of Fish and Game licenses. We bought the beautiful five-acre land in Riverside that now houses all the animals. This was our beginning; the story of Animazonia continues.